Unmasking King Richard I: Does the Lionhearted King of England Have a Better Reputation Than He Deserves?

Cruel. Courageous. Scheming. Chivalrous. These are just some of the contradictory words that have been used to describe King Richard I, a ruler with a ‘Lion heart.’ But lions are not always majestic creatures, they can be downright vicious… perhaps this nickname really does suit the famous king?

Richard I was an English king who lived during the 12th century. He is famous, among other things, for his epithet, Cœur de Lion , which is often translated as ‘the Lionheart’. This is an attestation to Richard’s skill as a military commander and to his courage as a warrior.

For many, King Richard I is seen as a hero, especially with regards to his military campaigns against Saladin during the Crusades in the Holy Land. Nevertheless, there seems to be a darker side to Richard’s life, one that is often left out when his story is told.

A Drastic Take on ‘Rebelling Against Your Father’

Richard I was born in 1157 in Oxford, England. His father was Henry II of England and his mother Eleanor of Aquitaine . In 1173, Richard joined his brothers, Henry and Geoffrey, in their revolt against their father. The king had to invade Aquitaine twice before Richard finally surrendered. After the failure of this rebellion, Richard begged for his father’s forgiveness, which he received. Additionally, Richard swore allegiance once more to his father. 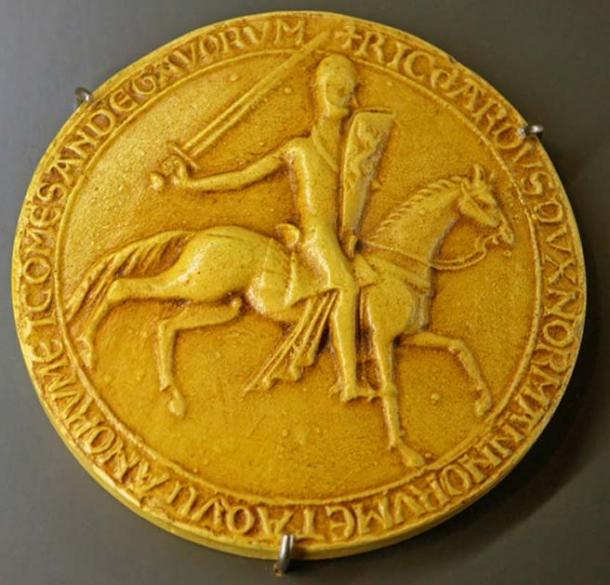 ‘Richard Duke of the Normans and of the Aquitanians and Count of the Angevins.’ ( Public Domain )

Richard was pardoned by his father for his participation in the rebellion and after that was occupied with putting down uprisings by disgruntled barons in his own duchy of Aquitaine, especially in the region of Gascony. But Richard’s cruelty in governing his duchy eventually resulted in a major revolt by the Gascons in 1183. Additionally, the rebels sought the aid of Richard’s brothers, Henry and Geoffrey, in their attempt to oust Richard from Aquitaine. The uprising collapsed, however, when Henry died suddenly in June 1183.

The death of his elder brother meant that Richard was now the new heir to the throne. Henry II wanted to give Aquitaine to Richard’s younger brother, John, a plan that the future king vehemently opposed. As a result, Richard formed an alliance with the King of France , Philip II, and drove Henry II into submission. Henry II, who was forced to acknowledge Richard as his heir, died shortly after this in 1189. 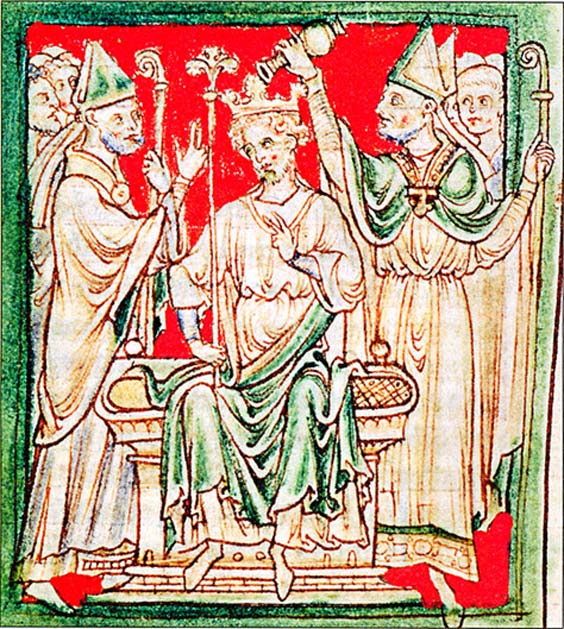 Richard the Lionheart, Richard I of England, being anointed during his coronation in Westminster Abbey. ( Public Domain )

Although Richard was crowned King of England, his interest was not in ruling the kingdom left by his father. Instead, he fantasized about leading the Third Crusade , which had for its goal the recapture of Jerusalem, following its fall to Saladin in 1187.

Of King Richard I’s ten-year reign as the ruler of England, only six months of it were spent in this kingdom. Furthermore, in order to fund his military campaign in the Holy Land, Richard emptied his father’s treasury and sold sheriffdoms and other offices. In 1190, King Richard set out for the Holy Land with a formidable fleet and army. 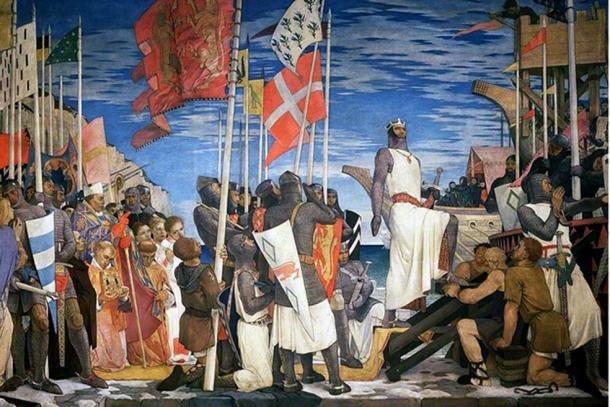 Richard I leaving England for the Crusades. ( Public Domain )

In June 1191, the king arrived in Acre. The city fell in July and Richard’s brilliant victory over Saladin at the Battle of Arsuf resulted in the control of the southern Levantine coast all the way to Jaffa by the Crusaders. In 1192, Richard concluded a treaty with Saladin, which included a truce of three years and permission for Christian pilgrims to access the holy places in Jerusalem. Nevertheless, the Third Crusade ultimately failed to achieve its main goal, i.e. the recapture of Jerusalem. 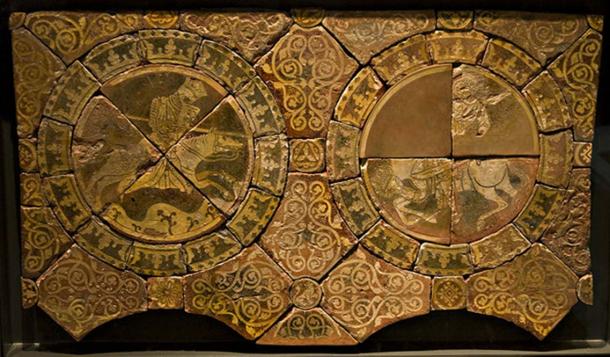 Tiles depicting Richard I of England and Saladin, now in the British Museum. ( CC BY SA 3.0 )

King Richard seems to have not been on good terms with the other leaders of the Crusade. For instance, he had quarreled with Philip II, the King of France, and insulted Leopold V, the Duke of Austria, by tearing down his banner. The former had returned to France following the fall of Acre and was plotting to take over Richard’s lands in France. This was one of the reasons that prompted the English king to leave the Holy Land and to return to Europe. 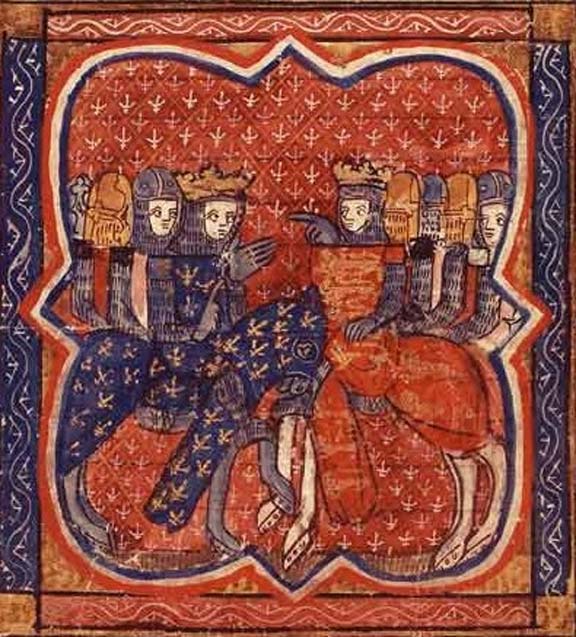 Richard and Philip of France, French manuscript of 1261. ( Public Domain )

On his way back to England, Richard was driven ashore near Venice due to bad weather. As he had previously offended Leopold V, King Richard decided to disguise himself, though he was recognized in Vienna in 1192 and subsequently imprisoned by the duke.

King Richard I was then handed over to the Holy Roman Emperor, Henry VI, and was only released after a huge ransom of 150,000 marks was paid. After returning to England, Richard was crowned as King of England for a second time, as he feared that the ransom paid to Henry VI had compromised the independence of his kingship. 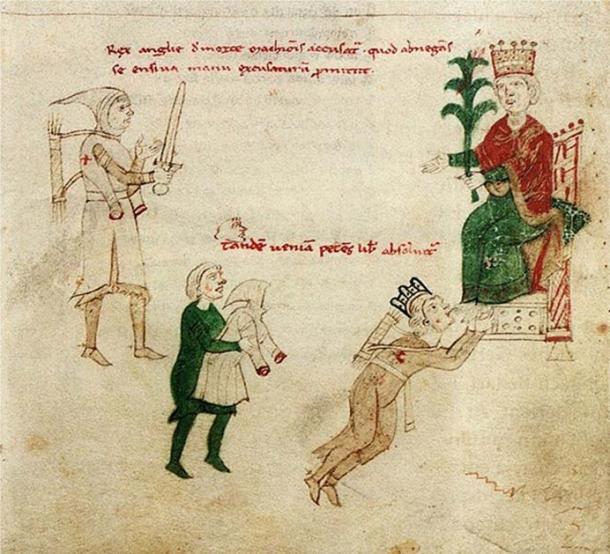 How Did King Richard I Die?

Shortly after this brief return to his kingdom, Richard left it again. This time he headed for Normandy, where he fought against Philip II intermittently for the last few years of his life.

In 1199, Richard was fighting against Viscount Aimar V of Limoges, who had revolted against him. The insignificant castle of Chalus-Chabrol was besieged by Richard, which, according to some sources, was due to Aimar’s refusal to hand over a hoard of gold unearthed by a peasant to the king. It was here that King Richard I was wounded by an arrow. The lionhearted king died several days later. 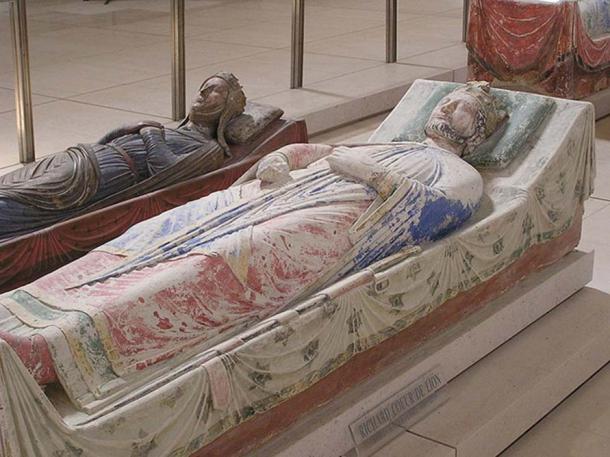 Tomb of Richard I of England at Fontevraud Abbey near Chinon, in Anjou, France. ( Public Domain )