The Whirling Dervish Dance: A Sacred Ritual to Touch the Divine

The divine may be experienced through a variety of means. In various global spiritual traditions, these include prayer, meditation on sacred texts, participation in religious ceremonies, and going on pilgrimages. There are other means of achieving a religious experience that are perhaps not so common in the Western world. One of these is through the medium of dance, with one of the most famous examples being the incredible whirling dervish dance, called the Sema, practiced by the Sufi Mevlevi Order.

The Mevlevi Order was founded by the followers of Jalal ad-Din Muhammad Balkhi-Rumi (popularly referred to as Rumi) in 1273. Rumi was a 13th century Islamic spiritual leader who was born in 1207 in Balkh in present day Afghanistan. With the onset of the Mongol invasion of Central Asia between 1215 and 1220, Rumi’s family journeyed westwards, eventually settling down in Konya, Anatolia, in present day Turkey. 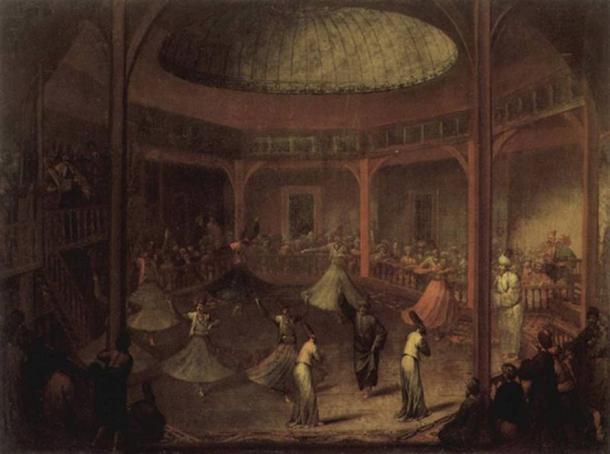 One of Rumi’s most fruitful friendships was with Shams-e Tabrizi, whom he met at the age of 37. Among other things, Shams introduced Rumi to music, poetry, and dance as a mystical way of connecting with the divine. It is these artistic expressions that are the characteristic features of the whirling dervishes of the Mevlevi Order, which was founded after Rumi’s death by his son, Sultan Veled, his disciple Çelebi Hüsamettin, and his grandson Ulu Arif Çelebi.

The Mevlevi Sema ceremony is arguably the Order’s most distinct practice, and is said to have been created by Rumi himself. Its form, however, was only finalized sometime in the 15th century by one of Rumi’s great-grandsons, Pir Adil Çelebi. The Mevlevi Order became a respected school of Sufism (the esoteric dimension of Islam). Moreover, a blood relation was formed between the Order and the Ottoman imperial dynasty when one of Rumi’s descendants, Devlet Hatun, married Sultan Bayezid I.

Although the Mevlevi Order was occasionally criticized for holding heretical ideas, it was still highly regarded by both the Ottoman sultans and the common people. 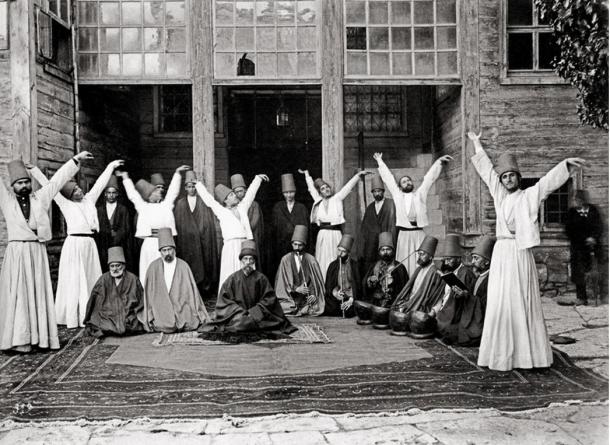 Cultural and Religious Significance of the Sema

In 1925, the Mevlevi Order was outlawed in the newly formed Republic of Turkey as part of its plans for the secularization of the country. In the 1950s, the ban was eased, and the Sema was allowed to be performed in public in order to attract tourists to Turkey. In the 1990s, the ban was further eased, and the Sema was inscribed in UNESCO’s List of the Intangible Cultural Heritage of Humanity in 2008.

Despite now largely being a cultural performance for tourists, the Sema is imbued with religious meaning, and the dancers will fast for hours in preparation for a ceremony. A greater appreciation for the dance may be achieved by exploring the symbolism involved. For instance, the semazen’s (a person performing the Sema) camel hair hat called a sikke (the color reflects the person’s sect) represents the tombstone of the ego, while the white skirt symbolizes the ego’s shroud. When the semazen removes his black cloak, it is meant to signify his spiritual rebirth into the truth. Additionally, when the semazen crosses his arms over his chest, he represents the number one and testifies to God’s unity.

What is a Dervish Dance?

The Dervish dance begins with the singing of the  Nat-i Serif  , a eulogy to the Prophet Muhammad and all the Prophets before him. This is followed by a drumbeat, symbolizing God’s command ‘Be’ for the creation of the universe. After this is the  Taksim, an improvisation on the reed flute meant to express the life-giving breath of God. A cymbal player also takes part in performing the music. 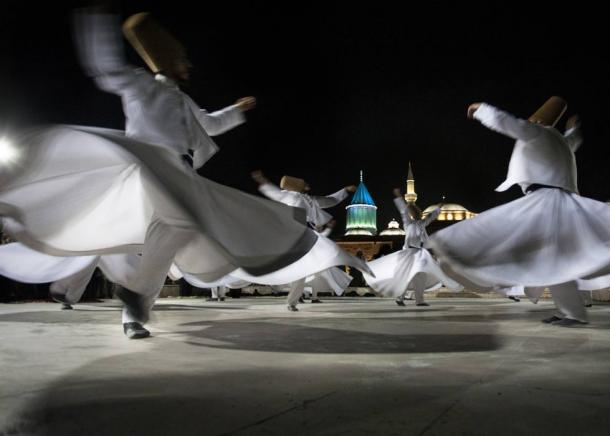 After the procession, the semazen begins the Sema, which consists of four  selams or musical movements. Each selam has its own distinct rhythm, and explores different religious themes. The semazen opens both arms to the sides and revolves from right to left, expressing his embrace of the entire universe. With an open palm, the semazen’s right had is then extended upwards, thus indicating his reception of God’s beneficence. As for the left hand, it is extended downwards to indicate the distribution of these divine gifts to all mankind.

A dervish dancer uses the left foot to propel the body around the right foot. The individual’s eyes are open but unfocused while twirling. Researchers have shown that the edges of the dancers’ spinning skirts, which rise into circular cones, experience accelerations “of about four times Earth gravity” and  “carry cusped wave patterns which seem to defy gravity and common sense.”

The Real Reason for the Whirling Dervish Dance

Contrary to popular belief, the semazen do not aim at losing consciousness or falling into a state of ecstasy. Rather, the Sema is meant to help the semazen to completely submit himself to God, and unite with him. When the four selams are completed, a verse from the Quran is recited, followed by a prayer for the repose of the souls of all the Prophets and all believers. The semazen then retire silently to their rooms for further meditation.

This divine dance is well recognized the world over as a renowned symbol, an amazing performance, and a unique spiritual tradition. 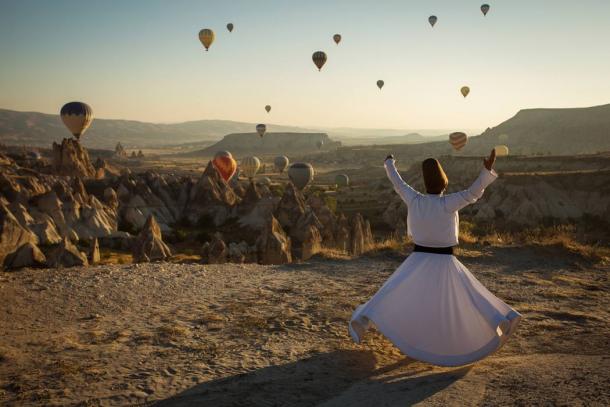 In September, 2021,   Ancient Origins Tours   is partnering with award-winning tour operator   Travel the Unknown   to provide its readers with comprehensive escorted tours throughout the mysteries of the region, visiting classic destinations as well as more obscure locations where the magic of the past remains as strong today as it did thousands of years ago. Your hosts are Jim Willis, author of   Lost Civilizations: The Secret Histories and Suppressed Technologies of the Ancients , and Micki Pistorius, Ancient Origins Premium Editor.

Previous articleFor Sale: Polish Coin Made For King Who Saved Europe From The Turks
Next articleSolar device that takes pressure off doctors