The Domesday Book: Don’t Worry, It’s Not the End of The World

Have you ever wondered how many people lived in England in the late 11th century? Well, William the Conqueror did, but mostly so that he could know how much land and money those people had. To figure this out, he commissioned a massive survey of England which was compiled into 913 pages. It was called The Domesday Book and it survives to this day.

To answer the question, approximately 1.5 million people lived in England in 1085. If you think that is useless information, you should consider that not only was the book cited throughout the Middle Ages as evidence, frequently in law courts, it has even been cited as recently as the 1960s in a court case regarding ancient land and property rights! 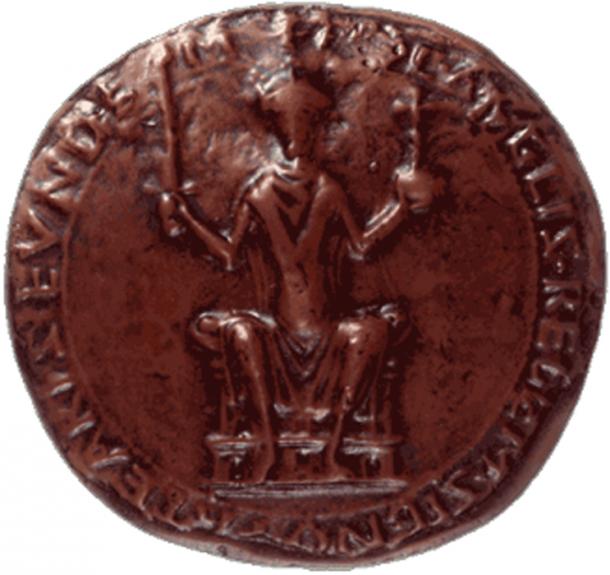 Seal of William Duke of Normandy as King of England. (The National Archives )

In 1066, a group of Vikings in northern France, called the Normans, invaded and conquered England under the leadership of William the Conqueror . Shortly after, in December of 1085, William commissioned the Domesday Book. War was an expensive business and William needed some way to pay his soldiers who had fought for him. He also needed to know how much financial damage his invasion had done to the recently conquered country. So, he conducted a survey to determine the wealth and assets of the people in England.

These questions would be posed to a jury of representatives from the county, usually consisting of barons and villagers. Upon their arrival back in London, the information was combined with older records and recorded, in Latin, into the Domesday Book. 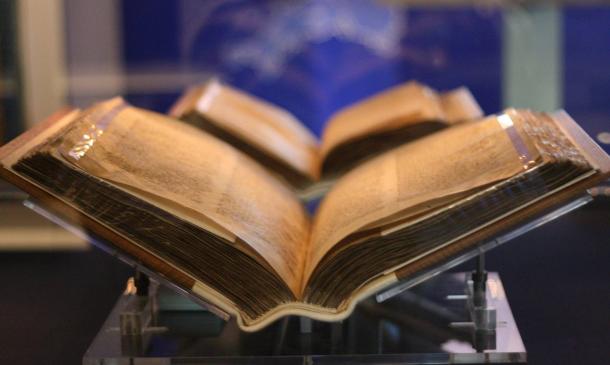 The original Great Domesday book and Little Domesday book of 1086, seen in the museum at the National Archives, Kew, England. (Andrew Barclay/ CC BY NC ND 2.0 )

According to the Ely Inquest , a contemporary manuscript, the following questions were asked by the investigators:

What Was Included in the Domesday Book?

The Domesday Book was published in 1086 and contains the records for 13, 418 settlements in England south of the rivers Ribble and Tees (which is where the Scottish border was in 1085). A survey of this size had never before been completed in Europe and would not be matched in its comprehensive coverage until the population censuses of the 19th century.

Unlike the modern censuses, the Domesday Book didn’t list the entire population of England. The names that do appear are mainly those that owned land. The king owned roughly 17% of the land, bishops, and abbots about 26%, and 190 tenants-in-chief held about 54%.

While William meant the book as a survey of wealth and assets for his own purposes as king of England, it also provides an interesting window into life in England in the 11th century. It reveals information about land use and the lives of local landowners, and even feuds between neighbors.

It also reveals the changes that the country underwent since the Norman invasion 20 years earlier. In those years, William had granted lands to around 180 Normans. In fact, only two Anglo-Saxons, Thorkell of Arden in Warwick and Colswein of Lincoln, retained the land they had before the invasion. This Norman land dominance is evident throughout the Domesday Book.

Women in the Domesday Book

Some female names appear in the Domesday Book. The most prominent of these women was Judith, the countess of Northumbria and Huntingdon, and King William’s niece. A woman named Aelgar was granted a plot of land to live on for teaching her local sheriff’s daughter to embroider with gold. Another named Asa of Scoreby is described as holding her land free of her husband, even when they were married, and upon their separation she claimed it as her own and maintained it. Numerous other women are mentioned but left anonymous.

Why Did They Call it the Domesday Book?

The book is called the “Domesday Book” because of the vast amount of information that it held and the extreme amount of detail. This led to it being compared to the Last Judgement, or “ Doomsday”, described in the bible. The Last Judgement describes the deeds of Christians being written in the Book of Life and being presented to God for judgement. The name “Domesday” was not adopted fully until the 12th century. 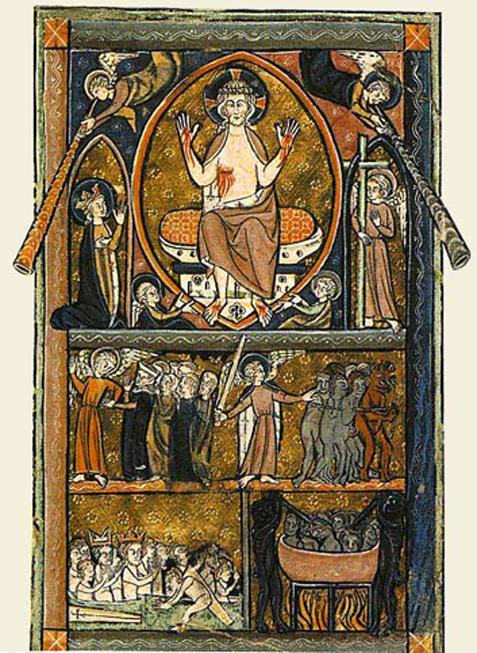 The Day of Judgement or ‘Doomsday’ after which Domesday Book may have been named. From a late 13th-century psalter BL Additional MS 38116 f.1v. (British Library/ The National Archives )

The Great and Little Domesday

The Domesday Book was never meant to be singular, it was originally two books, Great Domesday and Little Domesday. The latter was a longer version that did not make it into the final edition. It is currently contained in five volumes, after its rebinding in 1984 to improve its preservation.

Great Domesday was written by a single scribe along with a second hand who checked the original work and added notes. Little Domesday (little referring to the size of the physical book, not the amount of information contained within) includes the counties of Essex, Norfolk, and Suffolk, as well as greater detail about livestock and to whom that livestock belonged. This was the work of up to seven scribes, and it was neatly but hurriedly written. 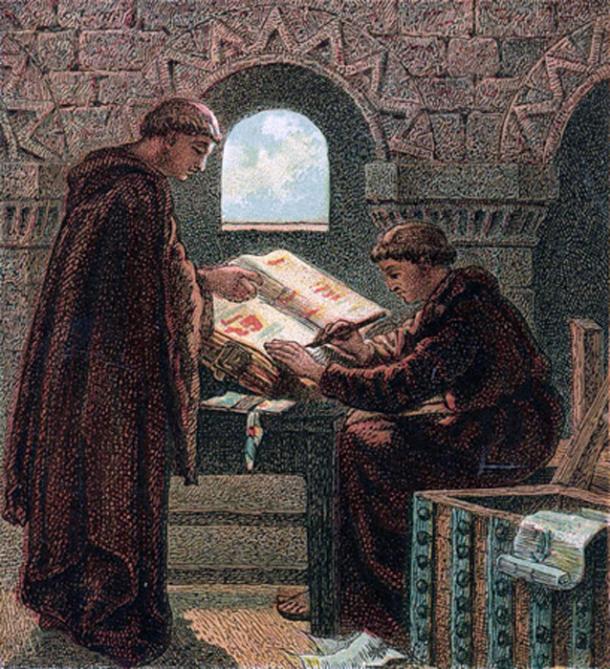 Where Have They Gone?

From when the Domesday Book was produced until the 13th century, it was housed in the Royal Treasury at Winchester (Saxon capital of Wessex and later Norman capital of England). From there, it moved with the treasury to the Palace at Westminster . In the 17th and 18th centuries, they were kept in chests and carried around the country with the Exchequer. Today, they are held at the National Archives in Kew, along with the chest they were transported in. 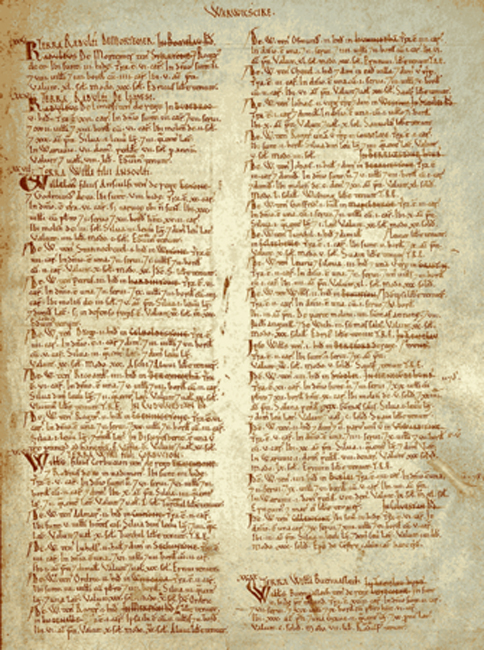 Page from the Domesday Book for Warwickshire, including listing of Birmingham. ( Public Domain )