A possible medical breakthrough has been made by experts, all thanks to a 1000-year-old medieval English medical text. A treatment, that dates to the Dark Ages , is helping researchers to treat a serious condition. The medieval treatment can help medical professionals to treat infections that have become resistant to antibiotics, which is a growing problem.

It is expected that millions of people will die by 2050 because many more infections are becoming resistant to antibiotics. British researchers from the School of Life Sciences at the University of Warwick have been researching natural antimicrobials, to identify new treatments. They were focused on finding new remedies for bacteria that are protected by biofilms, which can be incredibly challenging to treat. One biofilm that is particularly difficult to treat is diabetic foot ulcers. 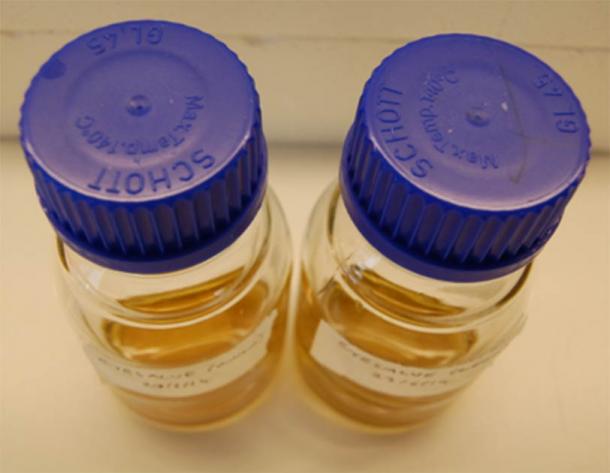 The Bald’s Eyesalve mixture in the lab. ( University of Warwick )

The British experts have been working with a multidisciplinary international team since 2015. In their search for new natural microbials they are collaborating with medievalists, from the US and Britain, who have the skills needed to investigate old medical texts . This was prompted by previous research which showed that a medieval remedy was helping when dealing with MRSA. Old remedies have been helpful to researchers in the past. According to CNN “Artemisinin, the malaria drug derived from the wormwood plant was discovered by a Chinese researcher, Tu Youyou, after she scoured ancient Chinese texts.” 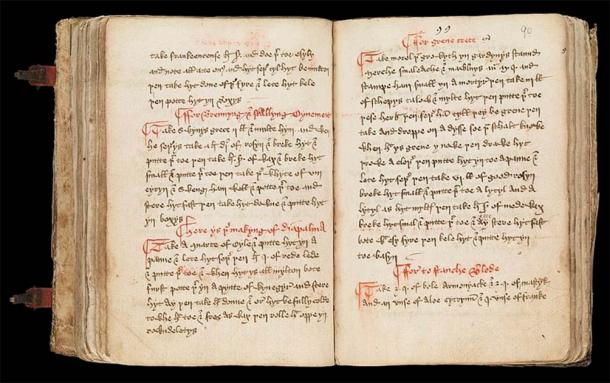 Bald’s Leechbook is an Anglo-Saxon medical text, one of the oldest surviving medical manuscripts in English. It is filled with remedies which are providing clues to researchers looking for ways to combat antibiotic-resistant infections. (Wellcome Trust / CC BY-4.0 )

Researchers found a remedy from Bald’s Leechbook , an Anglo-Saxon medical textbook, that probably dates from the 9 th century AD. This was likely owned by a man called Bald, who is mentioned in the text. The Daily Mail reports that the words “Bald owns this book, which he ordered Cild to write … Nothing is as dear to me as this treasure,” appear in the 1000-year-old work.

Freya Harrison is quoted by CNN as saying that this was deemed promising because it was “very clearly targeted to a bacterial infection from the description of the symptoms in the book.” 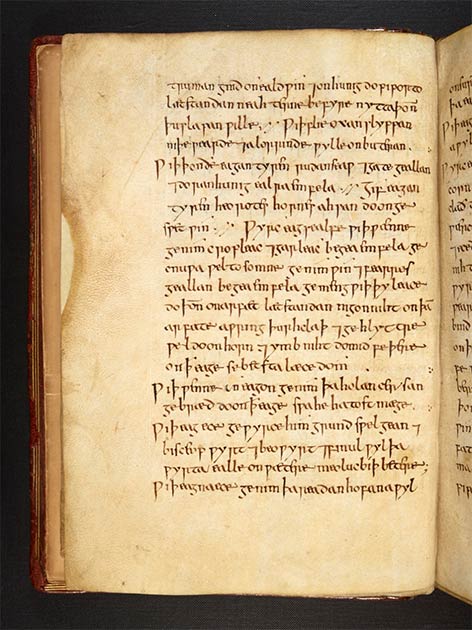 The remedy’s ingredients include garlic and onions, both of which can be purchased anywhere. The recipe also includes white wine, whereby the researchers used English wine. Bile salts are another ingredient and they were extracted from the stomachs of cows. The ingredients were kept in sterilized bottles in a controlled environment and then centrifuged before they were applied to an infection. The Daily Mail states that “the formula had promising antibacterial activity and caused low levels of damage to human cells, the team found.” 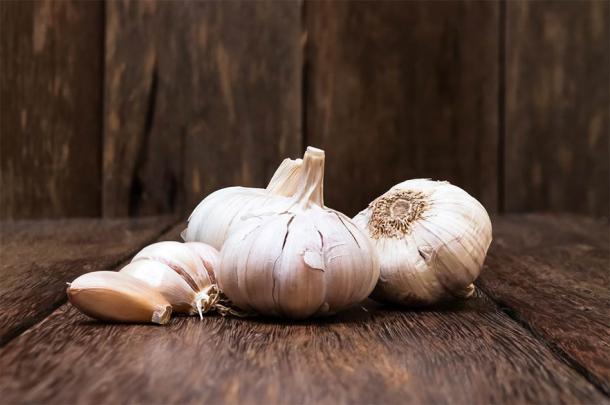 Experts found that the Anglo-Saxon recipe eliminated five pathogens which can cause dangerous infections. They are often found in the biofilms that protect bacteria, especially those found in diabetic foot ulcers, that are increasingly resistant to antibiotics. Untreated foot ulcers can lead to toxic shock and even amputation. The study showed that Bald’s eyesalve limited bacterial activity. The researchers concluded that the “anti-biofilm activity of Bald’s eyesalve cannot be attributed to a single ingredient and requires the combination of all ingredients to achieve full activity,” according to the Daily Mail .

In Phys.Org Dr. Harrison explains that the study has “shown that a medieval remedy made from onion, garlic, wine, and bile can kill a range of problematic bacteria grown both planktonically and as biofilms.” Most modern medicines are based on natural combinations. However, the apparent efficacy of Bald’s eyesalve proves that complex compounds of natural ingredients are likely to be more effective than single compounds. CNN reports that it was “the mixture of natural products, rather than a single compound, that gave Bald’s eyesalve its potent anti-biofilm activity.”

However, researchers state that their findings should be treated with caution. In an interview with CNN, Dr. Harrison warns that “it’s important to recognize that most exciting-looking, potential anti-microbials ultimately fail to translate into a product.” The study shows the importance of interdisciplinary research and how the humanities can help modern experts to make medical discoveries. In Phys.Org, Christina Lee, from the University of Nottingham, stated that “the collaboration which has informed this project shows the importance of the arts in interdisciplinary research.”

Learning From the Dark Ages

It is now hoped that new natural remedies can help researchers to develop treatments for antibiotic-resistant infections, which are an increasing threat to public health. The latest study shows the sophistication of Anglo-Saxon society and its medical practitioners. It also shows that even in Dark Age Europe, medical professionals were capable of treating serious infections.